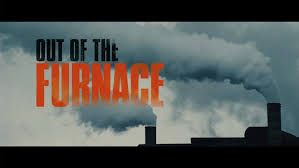 Out of the Furnace is sure to thrust you into the depression, despite the use of Pearl Jam to not only open, but used to awkwardly close the film as well. Compelling performances bring this less than gripping tale to something resembling a sad and dark life. Christian Bale transforms himself once again into something almost unrecognizable as a Pittsburgh steelworker with that rare trait of accepting responsibility for his actions. Afleck, the good one named Casey, plays his little brother, a War Vet with PTSD and a hankering for fast money made by taking dives in underground fight clubs. It’s the wicked Harrelson who  makes this ordeal of a film worth while though with his ultra evil performance as a New Jersey hill dwelling meth head and lord of the underground fight ring syndicate. He’s arguably more unsettling and creepy here as Harlan than he was as Mickey in Natural Born Killers. END_OF_DOCUMENT_TOKEN_TO_BE_REPLACED

Posted by Anderson on December 7th, 2013
File under Reviews 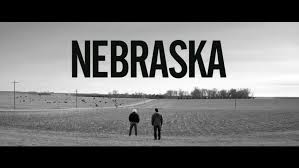 A portrait of depression with a wink and a smile. Went in resisting, but Nebraska defeated me in the end and tears did stream. Resembling an early Jaramucsh film with less humor and fewer beats per minute, Nebraska is a slow burn to say the least. There is an uncut  scene where an old woman leafs through a large book as she looks for an article that takes almost an entire minute of screen time . Don’t let that scare you off though, this an investment worth making. Solid and sentimental from beginning to end, Nebraska is chock full of truths in the character’s dialogue and in their actions. It’s a movie so simple in both, that it could have worked 40 years ago and is sure to work 40 years from now.

END_OF_DOCUMENT_TOKEN_TO_BE_REPLACED

Posted by Anderson on December 2nd, 2013
File under Uncategorized