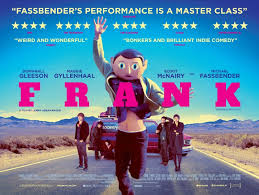 Reviewed Frank in nearly real time this week on the Film Vault. Came directly from the screening, perched myself in front of a mic across from my shiney headed co-host and attempted to explain what I had just witnessed. This is not the first time that our schedule has dictated such a short turn around and in most cases it’s not much of an issue. Frank turns out not to be most cases and trying to speak about this haunting film before it had a chance to churn about my troubled mind was a mistake. I butchered it, didn’t give this subtle, thought provoking and quite possibly most mindful film of 2014 thus far, a fair shake. I’ll now attempt to do that here. END_OF_DOCUMENT_TOKEN_TO_BE_REPLACED 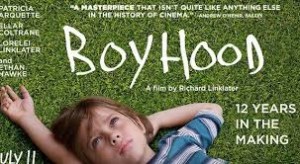 So very slow, but never boring. Linklater seamlessly transitions from one year to the next for 12 straight years, giving us a peek into one family’s mutation, adaption and drama along the way.  Ethan Hawke and Patricia Arquette lend their comfortable and familiar performances to help it along and seeing those two morph into who they are today is fascinating in itself. It’s not often that you one can say they’ve seen something completely new on screen, but once you’ve seen Boyhood you can. END_OF_DOCUMENT_TOKEN_TO_BE_REPLACED