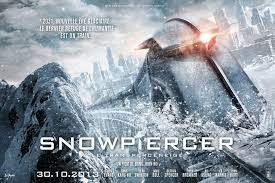 It’s 2031 and Earth is frozen over. The powers that be have introduced a chemical agent into the atmosphere to counteract global warming and the results were less than amenable to the levels needed to support life on the planet. Fear not! There is a super train, that’s right, a locomotive that is both ever moving forward and self-sustaining in it’s annual journey around our globe. What is also more than fortunate is the fact that all of civilization now resides within it’s multi-car class-system that, you guessed it, has the lowest of the low (evidently comprised of multiple faceless white people, a number of Asians and one black woman and her kid) forced to reside in the caboose! END_OF_DOCUMENT_TOKEN_TO_BE_REPLACED 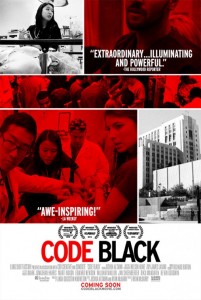 This is not a popcorn movie. Don’t plan on munching on bits of buttered kernel goodness while watching this graphic doc about the ER at LA County Hospital. Do not fret though, Ryan McGarry, Senior Resident Physician and writer/director of this very film, makes up for the ghastly factor of sutures and massive chest cracking trauma with his dreamy qualities. McGarry and his counterparts walk us through the ins and outs of the busiest ER in the world where more people have lost their lives per square foot than anywhere in the US and where the same can be said as for lives saved. Words cannot describe the chaos that abounds in this birthplace of the modern day Emergency Room . Moving images are needed to illustrate the true nature of the turmoil and lucky for us, Code Black provides just that, as well as a fascinating look at the history of this storied County Hospital. END_OF_DOCUMENT_TOKEN_TO_BE_REPLACED