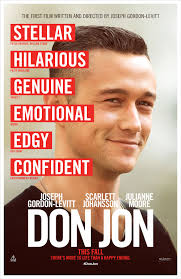 Being marketed on Joseph Gordon-Levitt’s reputation and rightfully so as his personal choices for the parts he has played over the years suggests the actor has taste. Here we get to see what the talented performer has to offer from the writer/director chair and he does not disappoint. Technically the movie looks great and the editing is worthy of an award, though it’s small budget won’t allow for one. END_OF_DOCUMENT_TOKEN_TO_BE_REPLACED

Posted by Anderson on September 27th, 2013
File under Reviews 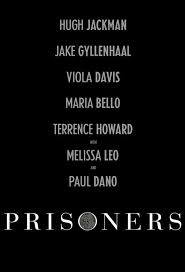 93 seconds. Perhaps this is too graphic or too much information, but I feel that telling you the length of time I spent urinating (I clocked it with my phone for the sake of accuracy) after viewing  Dennis Villendeuve’s dramatic thriller, helps illustrate just how gripping this thing is. I was loaded with 20 ounces of coffee and held captive in the theater, unable to pick a moment where I might escape for bladder relief without missing something big. This is unusual as in usually if I have to exit a film there are plenty of predictable turns and or obligatory exposition fill in scenes that lend themselves to this purpose. Not with this 153 minute epic and for that I was painfully grateful. END_OF_DOCUMENT_TOKEN_TO_BE_REPLACED

Posted by Anderson on September 20th, 2013
File under Reviews

The cold open is worthy of any good Besson movie (see Leon: The Professional and or The Fifth Element.) A ruthless hit man pays a visit to an unsuspecting and targeted family. So far so good. END_OF_DOCUMENT_TOKEN_TO_BE_REPLACED

Posted by Anderson on September 14th, 2013
File under Uncategorized