I’m pissed. I’m angry. Not since learning about the sounds of turtle sex (click that link, you won’t be disappointed even if you’ve heard it before) have I felt so woefully in the dark about something as I have these last few days since learning about the 1981 movie Roar. More than a 120 big cats, 70 cast and crew members injured, over 300 stitches required, broken bones, a scalping, gangrene and Melanie Griffith ultimately required plastic surgery before the production of Roar was done with them. Described as the most dangerous film ever produced, yet somehow it has eluded me and most everyone I have yelled at about it.

All that being said, even if this movie was utter rubbish it would be worth a view. Well Roar is not rubbish, but in fact some pretty amazing filmmaking. Sure the story is absurd and hard to follow (a man lives on a compound in Africa with over a 100 big cats for unknown reasons and his family comes to visit), the dialogue  difficult to hear and the acting is far below par, but the shots are like nothing you’ve ever seen before. Jan de Bont, who would later move onto direct the Speed movies, was the young and enthusiastic, never say die, cinematographer and after receiving over 220 stitches and literally being scalped by one of the lionesses, he almost did die, but shot a fantastic movie while narrowly escaping with his life. 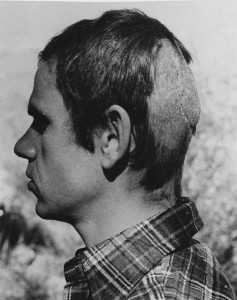 At the risk of overselling this forgotten piece of Hollywood folklore I’d like to urge everyone who reads this to experience the unshakable visuals of the unrelenting horde of lions, tigers, mountain lions, pumas and leopards that had free reign of the house quite literally as they played their untamed parts in the most dangerous movie ever made. A movie that without doubt should be a household name.

Should/Must Watch = 4.5 of 5 (Worth a theater visit or sending away for/See it in the theater if possible/buy it or pay for rental)

Posted on Friday, April 24th, 2015 at 4:01 am and is filed under Reviews.
Both comments and pings are currently closed.